We are amazed, blessed and grateful to present a stunning night of women’s music on Saturday, August 17, when Ferron, Jami Sieber and Cris Williamson all grace our Grand Hall stage. It is, quite simply, a night of powerful music not to be missed! Proceeds from this concert will benefit LGBTQ services for youth on Vashon.

In case you don’t already know these amazing musicians/songwriters/composers, here are insanely brief biographies for each of them, of whom volumes could, should and have been written. (If you just want to jump ahead and buy your tickets, scroll to the bottom of this page!)

Electric cellist and vocalist Jami Sieber reaches inside the soul with compositions that are contemporary, timeless, lush, and powerfully evocative. Sieber’s musical path has traveled from classical to folk to rock/pop where within her popular band “Rumors of the Big Wave”, she garnered the coveted Northwest Area Music Association (NAMA) Award for Best Rock Instrumentalist.

An innovative musician, Jami’s music moves beyond the surface, seeking and re-seeking her truth by creating musical bridges and connections, committed to doing what moves her and inspiring listeners with her honesty, musical prowess, and humanity. She transforms her solo instrument into an orchestra of sound that opens the heart, defies the mind, and sets the body dancing. Jami’s life-long commitment to the environment, social justice, and the healing arts is at the heart of her music, reflecting a deep dedication to the arts as a medium to express the interconnectedness of all beings.

Jami’s style of performance has been recognized internationally. This sometimes ethereal, sometimes hard-edged musician has earned rave reviews throughout Europe, Asia, and North America, and has been an invited guest artist in China, Russia, the Balkans, Italy, France, and Thailand.

Ferron is iconic in the genre of women’s music. In addition to being one of Canada’s most famous folk musicians, she is one of the most influential writers and performers of women’s music, and an important influence on later musicians such as Ani DiFranco and the Indigo Girls.

Ferron is a real salt of the earth singer who approaches her art with both sleeves rolled up, ready to dive in. When she was 15, she hit the road alone. She had a single shopping bag with a change of clothes, a toothbrush, a waitress uniform, and a Leonard Cohen LP. Little did she know then, but one day her own songs would be compared to Cohen’s for their depth of word-craft, intimacy, and wisdom.

Over the course of her four decades performing, she has continued to walk her talk. She performs with courage and commitment, her heart exposed through songs that don’t sound composed and sung as much as they feel wrung from the sweat and toil of hard fought experience. The contents of her songs appear as if they’re lived out on the canvas of her life and not just inside the confines of her art.

From the mid-eighties on, Ferron’s songwriting talents have been recognized and appreciated by music critics and broader audiences, with comparisons being made to the writing talents of Van Morrison, Bon Dylan,and Leonard Cohen.

Decades before indie labels were the norm, and years before women had any real access to the industry, Cris Williamson was busy changing the face of popular music. In 1975, the twenty-something former schoolteacher recorded The Changer And The Changedfor her brainchild, Olivia Records, the first woman-owned, woman-focused record company.

Cris Williamson’s music and voice quickly became the soundtrack of a movement, and was the cornerstone of what would become known as “women’s music,” music created, performed, and marketed specifically to women. Today, that recording, The Changer and the Changed, remains one of the best-selling independent releases of all time.

For Cris, the music became the vehicle for something larger. Her lyrics appear on a regular basis in books and thesis papers. Her albums are part of the curriculum for women’s studies courses, and thousands of people who may not even know her name join their voices in “Song of the Soul” around campfires and places of worship. She is embraced by women. She is sampled in hip-hop. Her music is used by midwives welcoming life into the world, while hospice choirs sing her songs in tender sacred escort.

Today, with 30+ full albums to her credit, Cris continues to tour the acoustic circuit adding new material at each juncture. Her performance career includes three sold-out shows at Carnegie Hall and the headlining of many of the great folk festivals, including Newport, Kerrville, Moab and Vancouver. 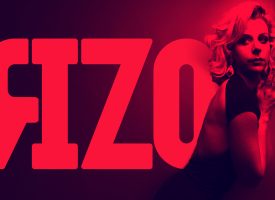