Rock to the blues and spend a day on Vashon Island listening and dancing to the tunes of Coco Montoya, Nick Vigarino, Bill Brown & the King Bees, and One More Mile. Doors open at 3:00 PM and One More Mile kicks off the show at 4 p.m. Vashon Rotary with our Headliner Sponsor, John L. Scott Real Estate/Vashon, along with other corporate supporters, promise a day of powerful vocals and grinding guitar riffs at the First Annual Vashon Blues & Brews Festival. 100% of the proceeds from the festival benefit Vashon Rotary projects, grants and scholarships. 21+ event only and dogs are not allowed.

Purchase tickets early to save money at the door and take advantage of value added ticket packages.

GENERAL ADMISSION DAY OF: One general admission day of the festival. $40.00

Its not all about the Blues! We’re serving up the Brews, too! Vashon’s newly established Camp Colvos Brewing is our brew partner and has put together a stellar tap list, including local Vashon and NW regional brews, ciders from Nashi Orchard and Dragons Head, plus wine on tap for those who avoid hops.

To complement the blues and brews, your palette will be delighted with our line-up of regionally sourced cuisine crafted from local food trucks. The festival is located outdoors in The Meadow at O Space. *Rain or shine, the show goes on! Leave the kids (and dogs) at home (21+ crowd), bring your picnic blanket or low folding chair AND dont forget your dancing shoes! NO outside alcohol please.

Taking the 2016 Best of the Blues Award for the Slide Blues Guitar, Nick Vigarino ‘radiates an unpredictable fervor with slashing slide guitar, powerful vocals, funky licks, modern lyrics and his slop jar delta funk blues. His style elevates the blues to a place where the roots are respected, yet nudged towards the future. He consistently captures, then rivets listeners with precise, passionate performances,’ Jefferson Magazine (Sweden).

Bill Brown and the King Bees – a high energy rockin blues band featuring Bill’s soulful vocals and harmonica. John Gaborit’s passionate guitar playing has been likened to the sounds of Eric Clapton and Stevie Ray Vaughn. Popping soul beats on base is Leslie Shelton and on percussion and drums is Tony Handy whose pounding steady beat is reminiscent of the sounds of Billy Cobham. Featuring well-loved covers and originals, their tightness and creative skills will have you grooving to every beat, with vocal harmonies just as tight as the musical instrumentations.

One More Mile is Vashon grown, committed to roots of the blues while branching out into some funk sounds and a few original tunes. A tight five piece blues group led by Jason Lollar on bottleneck slide guitar and Lonesome Mike Nichol with his constantly innovative and fresh harmonica tone. 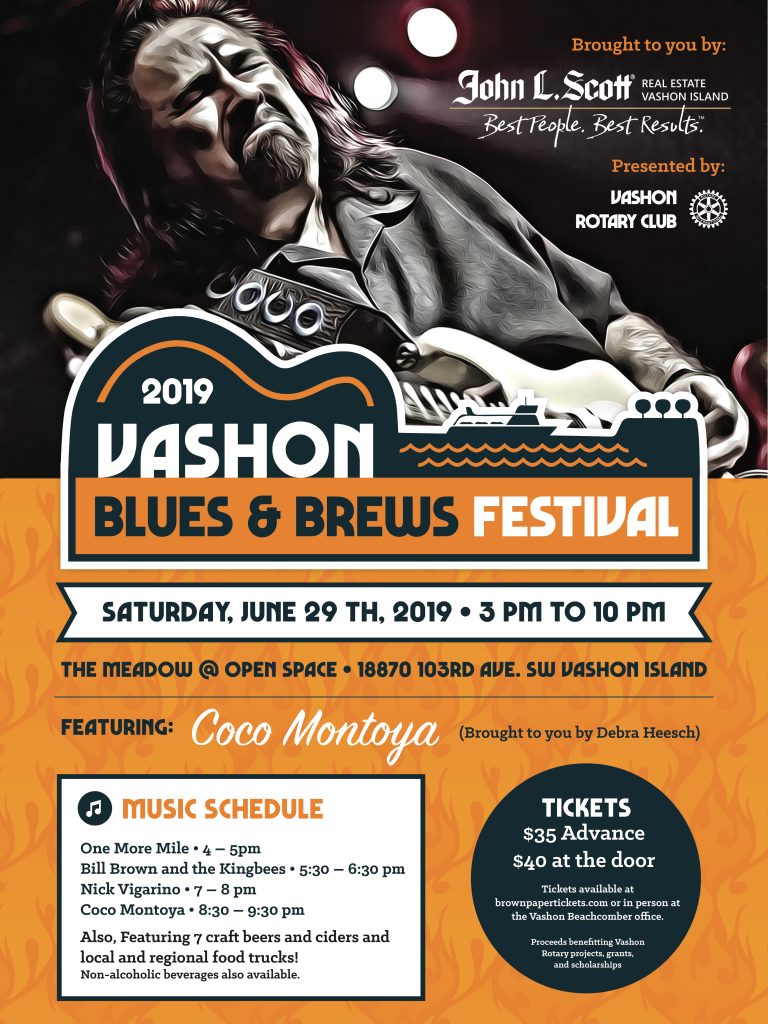 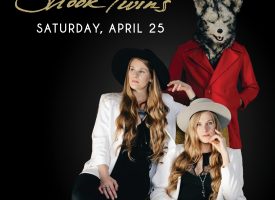